Salaries for Detectives and Other Criminal Investigators 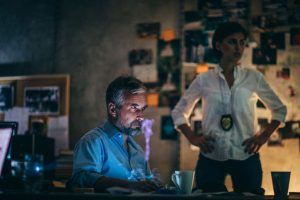 With very little in the way of regular hours, a lot of late nights, and plenty of high-stress situations that are sure to test your resolve, a career in criminal investigations is not for everyone. But for those police officers looking to test their mettle, rise through the ranks, and take their careers in law enforcement to the next level, it’s an exciting, rewarding, and challenging endeavor that comes with outstanding opportunities and salaries to match.

The criminal investigations divisions are manned by some of the most seasoned and capable law enforcement professionals you’ll ever meet. With significant police training and experience, formal education, and specialized skills in areas like forensic science and criminology, these investigative experts work for law enforcement agencies at the local, state, and federal level and lend their hard-earned skills and knowledge to general criminal investigations units, as well as specialized units focused on narcotics, gangs, human trafficking, and more.

All school search, finder, or match results, as well as colleges and universities displayed as "Featured School(s)" or "Sponsored Content" are advertisers that compensate us for placement on this site. The resources, editorial content, and school evaluations published on this site are developed independent of the schools that advertise here.

University of Phoenix
Featured Program: Bachelor of Science in Criminal Justice Administration with a concentration in Security, Master of Science/Administration of Justice and Security/Law Enforcement Organizations
Request Info

There’s only one route to a career as a detective and that’s by putting in your time to stack up years of experience doing solid police work. But a post-secondary degree should also be on your radar. Many police agencies require some sort of college degree to qualify for a detective position, but even among those that don’t, it’s a great way to up your chances of making detective while boosting your earning potential in the process. A post-secondary degree in an area like criminal justice, criminology, psychology, or public safety is always a valuable addition to your resume and shouldn’t be overlooked if you want to land a position with a leading agency and earn top dollar.

Federal, State and Local: Criminal Investigator Salaries According to Agency

How Education and Experience Influence Salaries for Criminal Investigators

Salaries for Detectives and Criminal Investigators, by State

Federal, State and Local: Criminal Investigator Salaries According to Agency 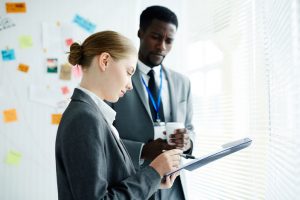 According to the Bureau of Labor Statistics (BLS), detectives and criminal investigators earned a median salary of $83,170 as of May 2019. The top earners in the field – likely those working for detective bureaus/criminal investigations divisions of federal, state, or large metro police agencies and those with substantial experience – earned $139,180 or more during this time.

Federal investigators make up the largest number of investigators (42,860) in the country, and they’re also the highest earners, by far, earning an average annual salary of $107,150, according to the BLS. Some of the federal agencies that employ criminal investigators include:

To qualify as a special agent with HSI, you must be under 37 years old, you must have criminal investigation or law enforcement experience, a bachelor’s degree, or a combination of the two. You must also complete 22 weeks of paid enforcement training at the Federal Law Enforcement Training Center in Brunswick, GA.

As of 2020, the GS pay scale included the following salary ranges:

But these base salaries only tell part of the story, as federal special agents enjoy salaries that often far exceed their base pay, thanks to overtime pay, administrative uncontrollable overtime (AUO) pay, and law enforcement availability (LEAP) pay. Other compensation perks include locality pay (which includes higher salary rates for agents working in areas with higher costs of living) and premium pay when working Sundays, holidays, and night shifts.

SI requires new entry-level civilians to have a bachelor’s degree with a minimum cumulative GPA of 2.95 or qualifying specialized experience (includes experience includes working as a uniformed law enforcement officer, where the principal duties consist of investigations and arrests involving traffic violations, minor felonies, misdemeanors and comparable offenses; or duties involving guarding and protecting property; preventing crimes, and/or legal research without the application of investigative techniques). They must also complete the Criminal Investigator Training Program at the Federal Law Enforcement Training Center in Glynco, GA.

The LEO pay scale includes pay grades GL-3 to GL-10, with ten pay steps within each pay grade, although most entry-level special agent jobs start at the GL-7 level:

Special agents above the GL-10 pay level are paid using the General Schedule:

Again, it’s important to remember that base salaries for special agents represent just a portion of their overall pay, as overtime pay, premium pay, LEAP pay, and locality pay can and do add significantly to their pay.

Expect to have a background in law enforcement and a bachelor’s degree or higher if you want to qualify for a detective position with a state police agency or state attorney general office. While you may qualify for certain investigator positions without a degree, most agencies prefer candidates with a combination of both experience and education.

For example, you may qualify for a special agent position with the Florida Department of Law Enforcement with either a bachelor’s degree in criminology/criminal justice, accounting, finance, computer science or a related fields OR four years of sworn law enforcement officer experience. However, preference is given to candidates with a bachelor’s or advanced degree, at least two years of sworn criminal investigator experience, specialized skills (e.g., polygraph certification, pilot license/certification, counter terrorism/intelligence, cybersecurity, training, etc.), or a fluency in a foreign language. Salaries for special agents here start at $45,819, or $50,819 if you work in the following counties: Monroe, Dade, Broward, or Palm Beach.

While usually not as large as state agencies, local agencies can and do offer salaries that rival those of their state agency colleagues – particularly in large metro areas. According to the BLS, detectives and criminal investigators with local law enforcement agencies earned a mean, annual salary of $74,370 as of May 2019.

According to the BLS, the top-paying metro areas for criminal investigators during this time included:

Don’t expect local agencies to have less stringent requirements when it comes to criminal investigator jobs. For example, to qualify for a police special investigator job with the Los Angeles Police Department, which comes with a salary range of $93,124 – $136,200, you’ll need one of the following:

How Education and Experience Influence Salaries for Criminal Investigators 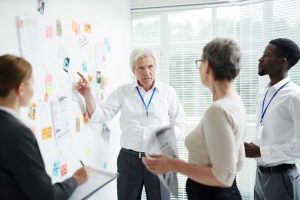 Salaries for Detectives and Criminal Investigators, by State 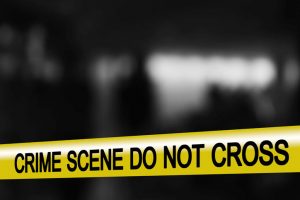 Salary and employment data compiled by the United States Department of Labor’s Bureau of Labor Statistics in May of 2019. Figures represent accumulated data for all employment sectors in which detectives and criminal investigators work. BLS salary data represents average and median earnings for the occupations listed and includes workers at all levels of education and experience. This data does not represent starting salaries.